We are happy to welcome you to the Sri Lanka. You will transferred to Negombo, evening visit Negombo City.

Negombo city while seeing different historical places such as Angurukaramulla Temple, Dutch Canal and some old churches such as St. Mary’s Church. You are welcome to go for a boat ride along the Dutch Canal and if you are interested visit the fish market to experience the livelihood of a traditional fishing community in Sri Lanka. 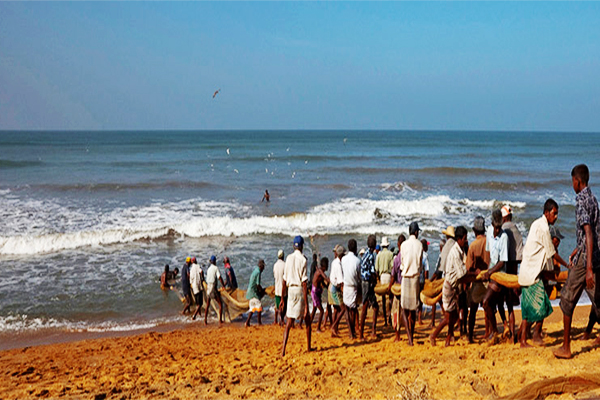 After breakfast proceed to Anuradhapura.

Ancient city of Anuradhapura is 1st Kingdom of Sri Lanka which goes back to 5th century B.C. Visit all the euins of the kingdom and sites of special interested including the sacred Sri Maha Bodhiya, Ruwanwelisaya Dagobah, , Isurumuniya temple, a shinahalese political and religious capital that flourished for 1,300 years. 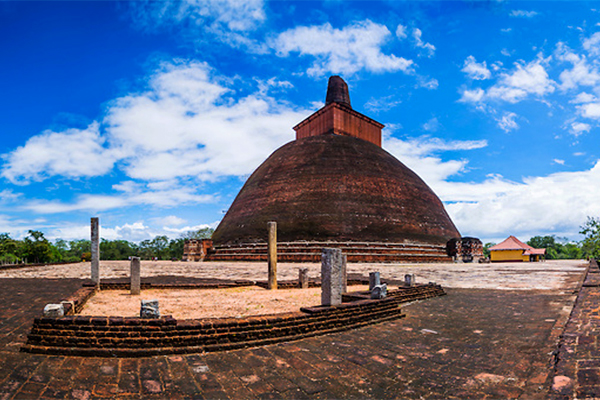 After breakfast proceed to Trincomalee.

Trincomalee (Trinco) sits on one the world’s finest natural harbours. This historic city is old almost beyond reckoning: it’s possibly the site of historic Gokana in the Mahavamsa (Great Chronicle), and its Shiva temple the site of Trikuta Hill in the Hindu text Vayu Purana. Most people just pass through the city on their way to the nearby beaches of Uppuveli and Nilaveli, but the town has some charm, plenty of history and an interesting melange of people. 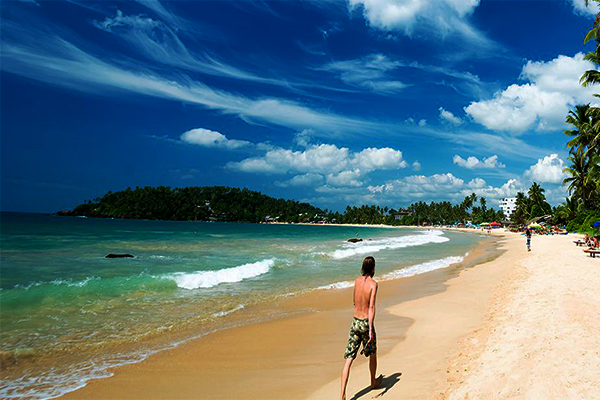 After breakfast proceed to Habarana on the way to visit Dambulla Cave Temple.

Dambulla is famous for the five cave Temples on a rock. The first 03 caves are better, older and larger than the other two. Some caves dates to 1st C.B.C. All the 5 cave walls and ceilings are covered with Buddhist murals and there are more than 130 Buddha statues, statues of Gods and Kings are also found here. 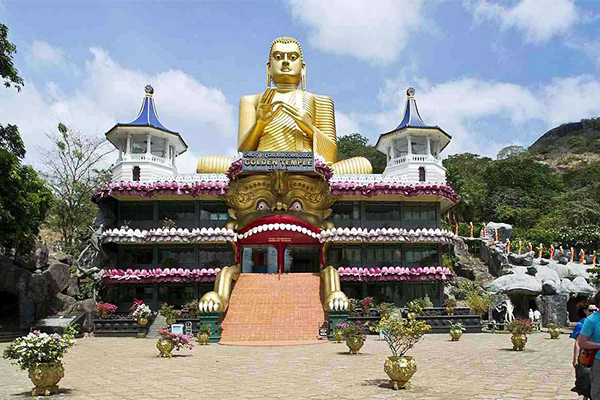 After breakfast enjoy an elephant ride in Habaeana, then proceed to Polonnaruwa.

Polonnaruwa, one of the main ancient kingdoms in Sri Lanka, which was the second capital of Sri Lanka, built in the 11th and 12th centuries AD, and which is a World Heritage Site. Here you can see the ruins of the Royal Palace, the Gal Viharaya with 4 four splendid statues of the Buddha in ‘Upright’, ‘Sedentary’ and ‘Recumbent” postures carved out of rock, the Audience Hall, the Lotus Bath, the statue of King Parakramabahu, and the Parakrama Samudraya – a lake built by King Parakramabahu the Great 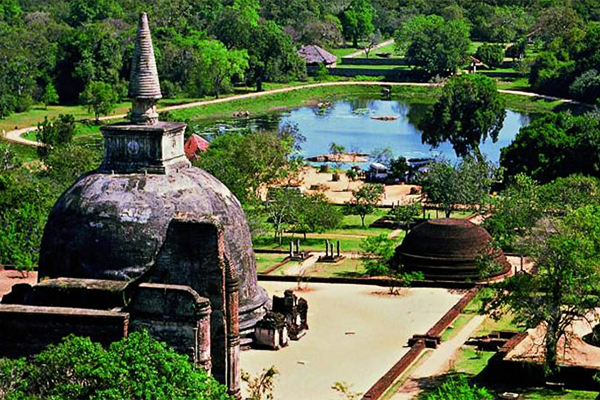 Breakfast at the hotel and leave Sigiriya., climb the Sigiriya Rock Fortress.

Sigiriya is home to the 5th Century which is perhaps the most fantastic single wonder of the Island. It is also known as Lion Rock because of the huge lion that used to stand at the entrance to the fortress. Within its triple-moated defense the huge rock rises almost to a sheer height of 500ft. On its summit are the foundations of what was once a great and sumptuous palace and gardens complete with swimming pool. On one of the stairways, the only known ancient work of Sinhala secular painting survived in the form of Frescoes of life sized damsels in all the freshness and delicacy of their original color.

The hill capital, venue of the annual Perahera. The last stronghold of the Sinhala Kings was finally ceded to the British in 1815. Kandy is an example of the Buddhism’s influence in Sri Lanka today. Temple’s shrines and monasteries keeping alive Buddhist traditions are everywhere. 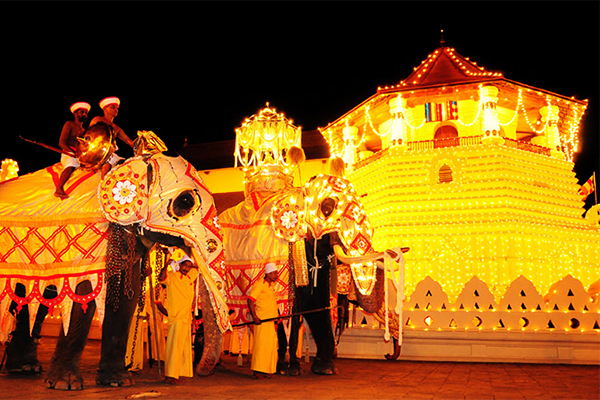 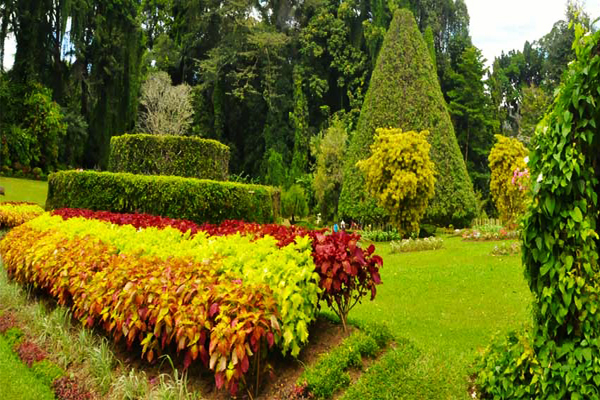 Pinnawela, where an orphanage was started in 1975 to house the abandoned and the wounded elephants. The number of elephants has increased to more than 65 now; including Baby Elephants brought from various parts, as well as some of the more than 25 babies born, as a result of the captive breeding programme. The best time to visit is the feeding time from 0930-1000 hrs and 1330-1400 hrs and the bathing time from 1000-1030 hrs and 1400-1430 hrs when all the elephants are taken to the river close by. 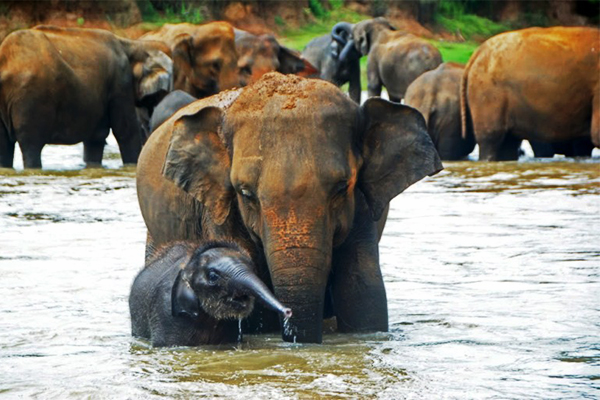 Colombo is the commercial capital of Sri Lanka – it is the traditional gateway to the Orient. Colombo which has a population of over a million distributed over fifteen zones, has three main zones, each of which has a distinctive character. Fort, the centre of metropolitan activity, Pettah the bustling bazaar area and the old Cinnamon Gardens, now fashionably known as Colombo 7 with its spacious mansions and better residential areas. 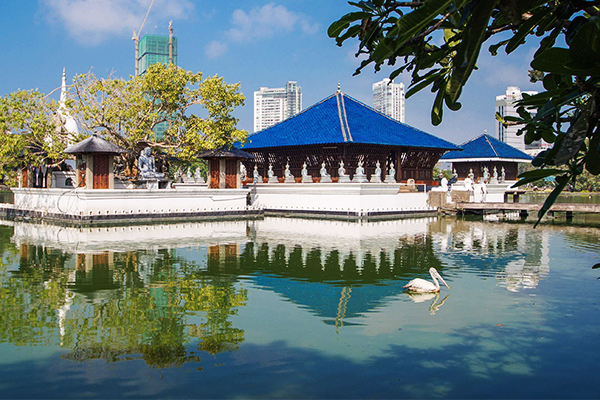 Hoping you had a great holiday, you will be transferred to the airport for your onward flight.